If you’ve been baffled by the term “a carbon footprint”, simply put, it’s the amount of greenhouse gasses released into the atmosphere by an entity. It’s known as a “carbon” footprint, given that carbon dioxide is the most damaging gas in the atmosphere. Other gases contribute to the greenhouse effect as well, and these include methane, nitrous oxide and some fluorinated gases.

The occurrence of the greenhouse effect is perfectly natural and appears on several other planets too, but we have catalysed its production since the early 1800s when the first Industrial Revolution began. If you think about it, our entire civilisation relies on activities like deforestation and burning of fossil fuels to survive; as such the increasing difficulty to diminish our carbon footprint is no surprise.

What can we do about it?

To curb your carbon footprint, you need to think tactically.

Especially since the digital era, its trends and personalities unknowingly endorse the wrong information.

For example, deciding to use a paper straw as opposed to a plastic one isn’t doing much of a difference to your carbon emissions. Neither is using a cotton tote bag. You’re probably questioning if what you’ve just read is reliable as information from very popular sources would contradict everything that was just stated. The truth is, producing environmentally friendly items release a lot more carbon dioxide into the atmosphere than it does to produce polluting ones. This is why it’s important to make informed decisions.

Look at the chart above. If you buy a tote bag, use it until it’s old and is falling apart as it takes 3kg more carbon to manufacture than plastic bags which only take 500g. Another option is reusing the plastic bags you get from supermarkets and refusing more plastic bags. The same goes for more heavily polluting items such as cars. Although it takes much more carbon to produce electric cars, the amount of carbon dioxide you’d be preventing from entering the earth by purchasing one would be much greater than, say, carpooling once a week in a polluting car.

To everyone asking themselves “is this chart important if we’re just going to continue to do what we thought was right all along?”, it is a valid question.

You can use the chart to know not to waste your money ordering paper straws for your restaurant or buying a metal straw to bring when you go out, only to throw it out after a year and buy a new one. The difference between the amount of carbon produced when manufacturing a paper straw and a plastic straw is less than 0.1kg so you might as well switch to plastic if you don’t appreciate a soggy straw. Still, plastic is often disposed into the ocean and eaten by marine life. Metal and bamboo straws are the best options but they must be used correctly, like the tote bags. Instead of collecting them and creating a sustainable straw collection, buy one and use it for a minimum of 5 years (or longer, possible).

Diet changes are also another way to go about reducing your carbon footprint.

It’s become a well-known fact that beef and lamb are the most damaging foods to the environment. But looking on a global scale, just cutting those two types of meat out won’t make much of a difference. Sri Lanka produces an absurd abundance of livestock, about 166.51 million in 2018. It doesn’t help that international imports release a lot of carbon dioxide into the air.

But to curb your meat-related carbon emissions, you don’t need to go completely vegan. Research shows that the difference in carbon footprints between vegan, vegetarian and, surprisingly, pescetarian (seafood) diets aren’t too different. If you’re against getting most of your protein from spinach but still want to contribute to stop global warming, this is the way to go. And it’s not the hardest diet to follow considering that Sri Lanka’s fishing industry is one of our largest.

Some other tips for Sri Lankans,  specifically.

Avoid private aircraft services travelling across the country. These release an unfathomable amount of unnecessary greenhouse gasses into the atmosphere. On the topic of travelling, limiting international vacations to maybe once every few years can create a massive impact on your carbon footprint. Of course, driving cross-country isn’t the best alternative. But when it comes to driving, it’s always best to use those tiny hidden shortcuts and hidden roads to avoid traffic because sitting in a road jam with your engine on releases a lot of unnecessary carbon dioxide into the atmosphere.

An important thing to remember, if you decide to change your lifestyle to minimise your carbon footprint, don’t expect it to be 100% or 24/7.

Travelling abroad once every few years and going on a road trip occasionally is an adequate way to balance fun and environmentalism. Another way of trying to lessen your greenhouse garden emissions is to find out things you do in excess that may be releasing too much CO2 into the air. These can be activities like recreational driving or not finishing your meals. At this point, anything helps.

Will our actions make an impact big enough?

When most people catch the mention of climate change, they usually tend to turn a blind eye to it. It’s normally caused by reasons like feeling a sense of hopelessness or believing that they don’t have the self-control or willpower to make big variations to the world’s carbon emissions. These are, unfortunately, common responses to the devastating climate disaster.

The truth is that we will be transforming the future, but the effects won’t be very evident in our lifetime. Greenhouse gases warm the Earth by trapping infrared radiation under the ozone layer. Excess carbon dioxide is absorbed by the ocean and is released into the atmosphere slowly. Not only this, but carbon dioxide also breaks down very lethargically when finally liberated from the grasps of the sea. If the entire world’s carbon emissions ceased tomorrow, 40% of the Carbon Dioxide we issued into the atmosphere just today would still be there in the year 3000. That’s 980 years from now. Other gases like nitrous oxide and methane, however, would dissipate significantly faster than carbon dioxide. This would cause a drop of about 0.5°C in the atmosphere’s average temperature which would be tremendous since the Earth has heated up by about 0.8°C since the first industrial revolution. Unfortunately, a decline of this gravity won’t happen unless we truly did stop emitting greenhouse gasses completely.

This isn’t a reason to lose hope. Although the Earth’s temperature will continue to rise for several decades despite any efforts, other issues caused by global warming are bound to decrease if greenhouse gas emissions are cut down. Reducing your carbon footprint isn’t only good for the warming atmosphere. Greenhouse gases are highly polluting so reducing your carbon footprint can provide millions with a chance to breathe fresh air, a necessity that has now become a privilege. This would lower the risk of getting lung cancer and thus the 5,000,000 deaths that happen each year because of it. Even phenomena such as less fatal weather patterns can save lives.

Global warming isn’t a problem that’s decades into the future, it’s the past and the present. Greater average atmosphere temperature cause more people to die due to either primary effects like severe heatwaves or secondary effects like the wider spreading of lethal diseases like Ebola. France has already begun what is expected to become a regularity – publishing heat-related death statistics. The problem of climate change has been around for a while but dreadful impacts like fatalities by warmth are often thought to be far away in the future. Unfortunately, that day has come. People are dying of simply overheating. 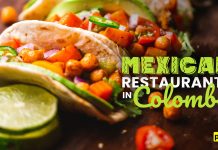 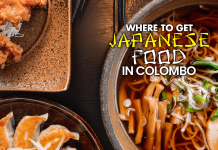