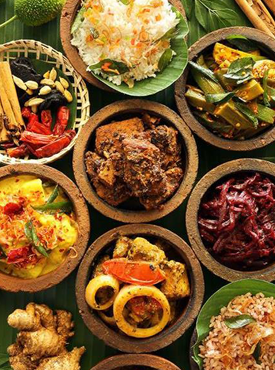 It is evident throughout history, that our ancestors have been light years ahead of their time. Way before the advent of science and physics, Sri Lanka had strategically built dams, established waterways fortifying peaks of rock fortresses and built irrigation systems powering hectares of cultivar. Likewise, our food habits too possess intricate science and thinking behind it. To say that it is arbitrarily random would be a baseless gross underestimation of our ancestors. Here are some Sri Lankan foods of scarcely known nutritional value that we thought you’d like to know about.

Leafy greens are packed with vitamins and minerals that are beneficial to our health – that’s a no-brainer. However, the distinct means of preparing a kola mallum in Sri Lanka is astonishing to modern-day nutritionists. Think about it; when was the last time you saw a kola mallum without coconut?

It is for good reason that coconut is almost always incorporated into kola mallum. Some of the vitamins present in these leaves (Vitamin A, E and K) are fat-soluble. Meaning that for your gut to absorb these fat-soluble vitamins, it is going to need a little bit of fat. This is where coconut comes into play, the fat in coconut acts as a solubilising agent for the fat-soluble vitamins, thereby increasing the body’s efficiency of vitamin uptake.

Now, this is quite interesting. If you have ever been to a Sri Lankan funeral, you’d often find these items on a dinner table or a daane table. Sinhalese folklore has it that the high salt and water content in karawala hodi and pumpkin serve to replenish the saltwater lost by the body in the form of tears and sweat shed during the procession of a funeral. It has been observed that saltwater increases endurance in athletes. We are not comparing attending a Sri Lankan funeral to running a marathon, but let’s face it- it’s an arduous event.

Seriously, what is up with this? If you are anything like me, you’d probably wonder, why in heavens name, would someone chuck in something like Murunga in a good dish of crabs or prawns?

The answer to this lies in the wisdom of ayurvedic medicine. Ayurveda classifies foods as heat (ushna) and cool (seetha). Neither one of these foods is good or bad, it is all about finding a balance between the two. Foods such as prawns, cuttlefish and crabs fall under the ‘ushna’ category while murunga falls under the ‘seetha’ category. This is the reason that shellfish dishes are often prepared with a sprig of murunga leaves. Studies have shown that shellfish are rich in histamine which aggravates conditions such as asthma, eczema, and acne. However, it has been shown that cooking with murunga leaves reduces the amount of histamine in foods.

If you are a millennial, you’ve most likely not heard of diya bath. Touted by Sri Lankan nutritionists, diya bath was originally thought to be a means of preserving leftover rice to be eaten the next day. It is prepared by placing leftover rice in water overnight. The rice would undergo a process of fermentation during the night, resulting in a cocktail of probiotics. The following morning it can be flavoured with chillies, red onions and coconut milk and be eaten at breakfast. This food is gold and we are not exaggerating! Over the past two decades, probiotics have been gaining wide popularity due to their ability to curb gastrointestinal and mood disorders but diya bath has been around way before all of this!

A good hal masso thel dala with tomatoes sounds terrific, doesn’t it? Hate to break it to you but these two combinations are not the best for your health! Ok, we may have cheated here, but to be fair, these aren’t traditional Sri Lankan food combinations but are rather new trends that need to be nipped in the bud. Why? Tomatoes contain a compound called oxalate while sprats contain calcium. When cooked together, they form calcium oxalate. Studies have shown that the accumulation of calcium oxalate can lead to the formation of kidney stones. So, the next time you find yourself reaching for tomatoes when cooking a dish of hal masso, bear this in mind.

You have probably heard that goraka is added to fish curries to bring out a distinct sour taste to the dish. However, it does more than that. Fish contain histamine, which is a resultant by-product of naturally occurring bacteria breaking down fish tissue. Now, this is a natural enough process, and nothing to be too alarmed about. High levels of histamine, however, can elicit allergic reactions.

According to a study carried out at the University of Peradeniya, when fish is cooked in acidic fruits such as goraka, bilimbi (biling) and tamarind (siyambala) this helps significantly lowers the levels of histamine making it safe for consumption. The next time you find yourself skipping goraka when preparing a fish curry, keep this in mind.

Our quirky food patterns are truly one a kind. If you know of any other hidden Sri Lankan nutritional gems, let us know in the comment section below. We’d love to hear from you! 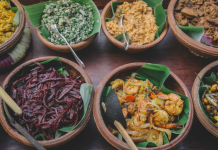 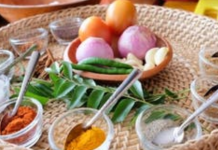 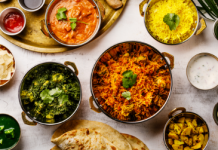 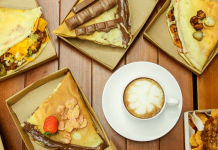 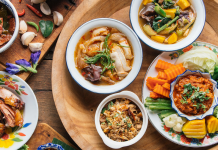